There’s no shortage of ways to smoke weed.

You can opt for a complex smoking apparatus decked out with chambers, water filters, and ice catchers to cool your smoke. Something like that could be a centerpiece of a party!

Or you could go for the bare essentials. Perhaps you’d prefer a conservative pipe perfect for puffing on all by your lonesome.

The right weed smoking devices allow you to exert a ton of control over how you smoke. A little bit of smoking equipment know-how will come in handy when you find yourself craving a gentle puff instead of a giant bong rip, or vice versa.

Below, we’re going to take a look at the many different ways to smoke marijuana and just what you can smoke weed with that you purchase from a cannabis store. Let’s dive in.

Vaporizers are a little different. Instead of relying on fire and combustion to burn your marijuana, vaporizers, or vapes, use high temperatures to produce vapor. This can be a much healthier alternative to smoking.

Single-use methods are great. They’re clean burning and can often provide the best sample of your marijuana’s flavor. However, they require a constant supply of rolling papers or blunt wraps, as well as hands with the time and skill to roll them.

Reusable methods are much simpler. Just pack some weed into your bowl and you’re off to the races.

Most reusable devices are made from glass, which dissipates heat rapidly and reacts very little even at extreme temperatures.

Some metal devices are available, but metal smoking implements are generally less desirable. They heat up quickly and can impart a strange taste to your marijuana.

Quality glass can be expensive.

It also requires some upkeep to prevent the accumulation of resin. This nasty byproduct of combustion can seriously mess up your smoking experience with a harsh, foul-tasting smoke that’s sure to leave you coughing.

Always look for something easy to clean!

What To Look For In Your Marijuana Smoking Device

Any reusable smoking device that relies on combustion will have three essential parts:

When smoke is drawn through the bowl it is concentrated into a small opening before being allowed to expand as it travels the length of the chamber.

This expansion and travel cool the smoke, which is essential for delivering a smooth hit. Smoke which is too hot can irritate or even burn the mouth and lungs.

A chamber which is too short or narrow will not give the smoke sufficient time or space to cool, which is a recipe for harsh and unpleasant hits.

Devices like bongs, bubblers, and water pipes incorporate water into the chamber. This seriously amplifies the chamber’s cooling effect.

It also provides filtration. Water filtration removes particulates like ash that might otherwise make it into your mouth or airways.

This process removes some of the water-soluble compounds from the marijuana smoke, reducing the amount of tar that is inhaled. This eventually leads to an unpleasant smell and discoloration in the bong water, which must be changed frequently.

Present on many (but not all) pipes or bongs is a carburetor (or carb for short.)

The carb is a small hole near the bowl which is covered by the fingers or thumb while inhaling. Exposing the carb allows air to rush in and clear the chamber of smoke. This is useful for getting a “complete” hit which draws all the smoke out of the pipe, or mixing in the air to cool a hit.

Joints and blunts require a little more preparation than some other methods, but they also offer quite a few benefits.

When smoking a joint, your weed only flows over the marijuana in its path. Unlike a pipe or bong which might have to make its way through a resin-filled chamber to get to your mouth, joints offer a pure taste of what you’re smoking.

Joints require rolling papers. These are very thin pieces of paper typically made from either rice or hemp. Rolling papers are quite cheap and can usually be purchased for a couple of dollars per pack.

Optionally, joints can incorporate a small filter to remove some of the tar from the smoke. Another common addition is a small piece of cardboard known as a crutch that allows marijuana to be completely consumed without burning the fingers.

Joints require a little practice to roll, but it’s something anyone can master. Rolling Machines can also be purchased which allow anyone to easily roll a joint with a few twists of a crank.

Blunts are very similar to joints. The difference is in the paper.

Originally, blunts were made by removing the tobacco from small cigars. The tobacco leaf wrapper of the cigar was then packed with marijuana and smoked.

You can still make blunts this way, but now we have blunt wraps to simplify the process. These are purpose-made tobacco leaf wraps just waiting to be filled with your favorite herb.

You can even select from a variety of flavored blunt wraps to shake things up.

Chillums (One Hitters) and Pipes

The chillum (sometimes referred to as a one-hitter) is perhaps the simplest reusable smoking device. It consists of a straight tube with a bowl at one end and a mouthpiece at the other.

Larger chillums will sometimes incorporate a carb, but that is about as complicated as the chillum gets. Chillums are ideal for personal smoking and represent one of the most eminently portable smoking devices.

As the name one-hitter implies, chillums’ tend to be quite small. They have very small bowls and often have short chambers. Shorter chillums can be a bit harsh as they don’t allow the smoke enough room to cool.

A pipe functions on almost all the same principles of a chillum. Where a chillum is simply a straight tube, pipes come in more intricate shapes.

This tends to give them larger bowls and chambers, making pipes more efficient at cooling smoke. They are also far more suited to social smoking than even the largest chillums.

Pipes may well be the most popular way to smoke weed. They’re easy to load, clean, and smoke from, and can be purchased at extremely affordable prices.

A water pipe (also sometimes called a bubbler) works just like a normal pipe with one small addition. In a water pipe, a chamber is filled with water which acts to cool and filter the smoke as it passes through.

In many ways, you can think of a water pipe as a simplified and scaled down bong. Bongs work on the same principles as a water pipe, but they are a little more complicated and far less portable.

You can find bongs of all shapes and sizes, from small personal smoking devices to huge monstrosities of glasswork that take up an entire table.

Regardless of the size, there are a few parts that are common to just about every bong:

Vaporizers don’t rely on flame or combustion to produce results. Instead, they gently heat your weed, typically with either a powerful light bulb or an electric-powered ceramic element.

By forcing the THC, CBD, and other active compounds to vaporize instead of combusting the entire plant, you get only gentle clouds of vapor which are much easier on the lungs than traditional smoke.

Vaporizing doesn’t produce the tar or ash of regular smoking, so it’s much cleaner. Both for your equipment and your lungs.

If you prefer vapor over smoke, you can get a desktop vaporizer. These devices produce weed vapor which can be inhaled through a tube (called a whip,) or even used to fill a bag which can be passed around.

Portable vaporizers, like vapor pens, run off battery power and can be a great way to vaporize marijuana flowers or concentrates without being tethered to a power outlet. 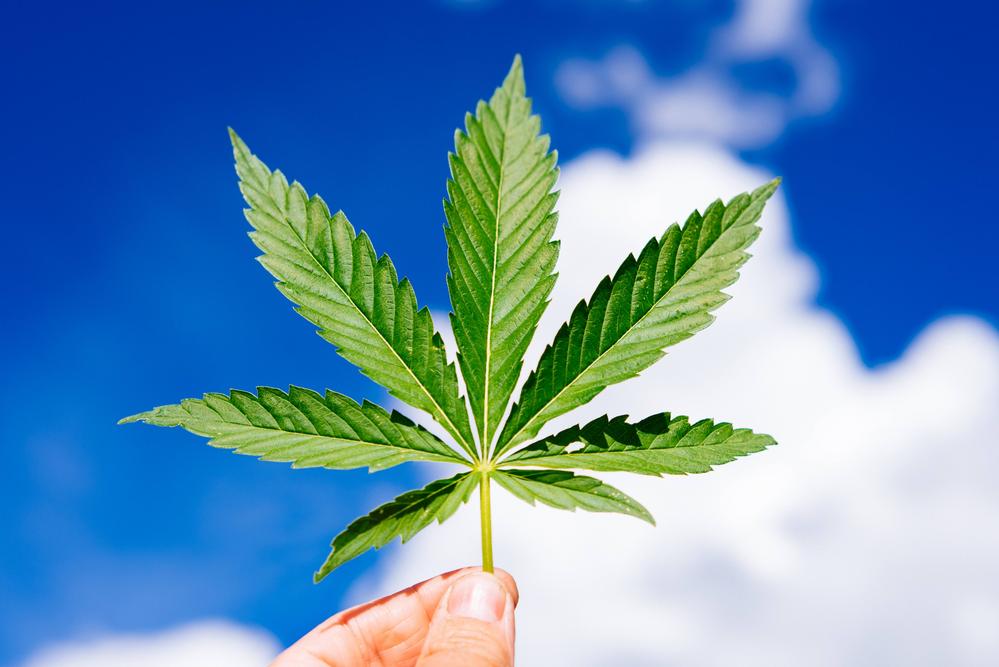 You might be surprised at just how much your experience changes as you experiment with different ways to smoke weed.

There are plenty of cool ways to smoke weed, so why not give them all a try? There’s plenty to choose when you buy weed online.

Now that you know a little bit about the different varieties of smoking devices and have some insights into their mechanics, you’re much better equipped to pick out a smoking device.

Just to summarize, you should find something that: